Finally made the time to sit down and finish the other half of my book list! Many of the non-fiction works I read over the past few months were biographies. Their stories of courage, leadership, strength, and humility in times of crisis challenged my complacency and stirred in me a desire to pursue growth in these areas of my own life. It is inspiring to read about the lives of those who have lived in times so different from today, and yet often facing many similar challenges. The last two on the list are books I used to accompany my Bible Study – reading a chapter or portion of a chapter (in the case of Scandalous) each day.

Johnson’s short but thorough biography focuses primarily on Churchill’s varied and dramatic political life from before WWI through the Korean War. I have long been fascinated by the life of Winston Churchill, and this book only deepened my respect and admiration for him. He was a man of discipline, resolve, and gumption, willing to stand and fight in the face of ridicule, abandonment and fierce opposition. Johnson also shares about Winston’s personal life – his faithful marriage to Clementine (they were married 57 years before his death at the age of 90), the 5 children they raised, his hobbies as an artist and writer. If you want to read about a life well lived, I encourage you to read this engaging work.

No Ordinary Men: Resisters against Hitler in Church and State, by Elisabeth Sifton and Fritz Stern

Much is known, written, and celebrated about the life of Dietrich Bonhoeffer and his work in the resistance against Hitler and the Third Reich, but very little seems to be known about the equally important life of his brother-in-law, Hans von Dohnanyi. In this book the authors reveal the essential collaboration between Hans, who worked in the Abwehr (government agency), and Dietrich, who served in the Church. The success that Dietrich had in his efforts would have been virtually impossible had Hans not had the inside knowledge of what was happening in the government. Well worth your time and attention.

Same Kind of Different as Me, by Ron Hall and Denver Moore 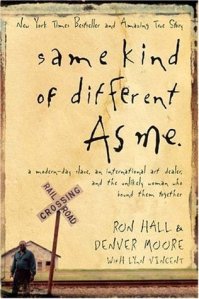 A true story of friendship, faith, and unconditional love, this book will move you from tears, to laughter, and back to tears again. Denver grew up without a name in rural Louisiana, caught in a cycle of modern-day slavery through sharecropping. He escapes and eventually lands in Fort Worth Texas, where he lives on the streets and struggles to survive. Ron is a wealthy international art dealer, separated from Denver by far more than a set of railroad tracks. Ron and his wife Deborah begin volunteering at a homeless shelter, and it is there that they first meet Denver. Written by both Ron and Denver, learn about the way the Lord brought these two unlikely people together, and turned them into brothers. An amazing story that will encourage your faith and challenge your complacency.

The 23rd Psalm for the 21st Century, by Lon Solomon 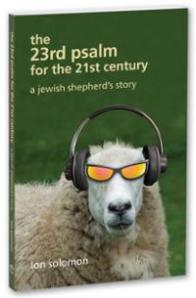 This is the first book I’ve read written by the Senior Pastor at my church here in northern Virginia, and it in Pastor Lon takes the well known Psalm 23 and exposits the text for our current generation. Pastor Lon has been leading trips to Israel each year for the past 20 years or so, where they still have Shepherds dotting the hillsides. He utilizes the knowledge he has gained over the years of watching the Israelites shepherding to bring this text to life and help us understand why this imagery is so important in the life of a believer.

Scandalous: The Cross and Resurrection of Jesus, by D. A. Carson

Carson is one of the most engaging modern-day theologians I have had the pleasure of listening to or reading. I first heard Dr. Carson speak on this subject back in March 2012 when he came to the THINK conference hosted by my church in Indiana. This book is an in-depth look at five passages of scripture that illustrate the scandal of the gospel of Jesus Christ, and he writes with clarity and conviction. This book will give you a deeper understanding of this Jesus we follow, and of the eternal ramifications of the most beautiful news in the world.

Have you read any of these? What are the non-fiction books have you been reading and enjoying lately?